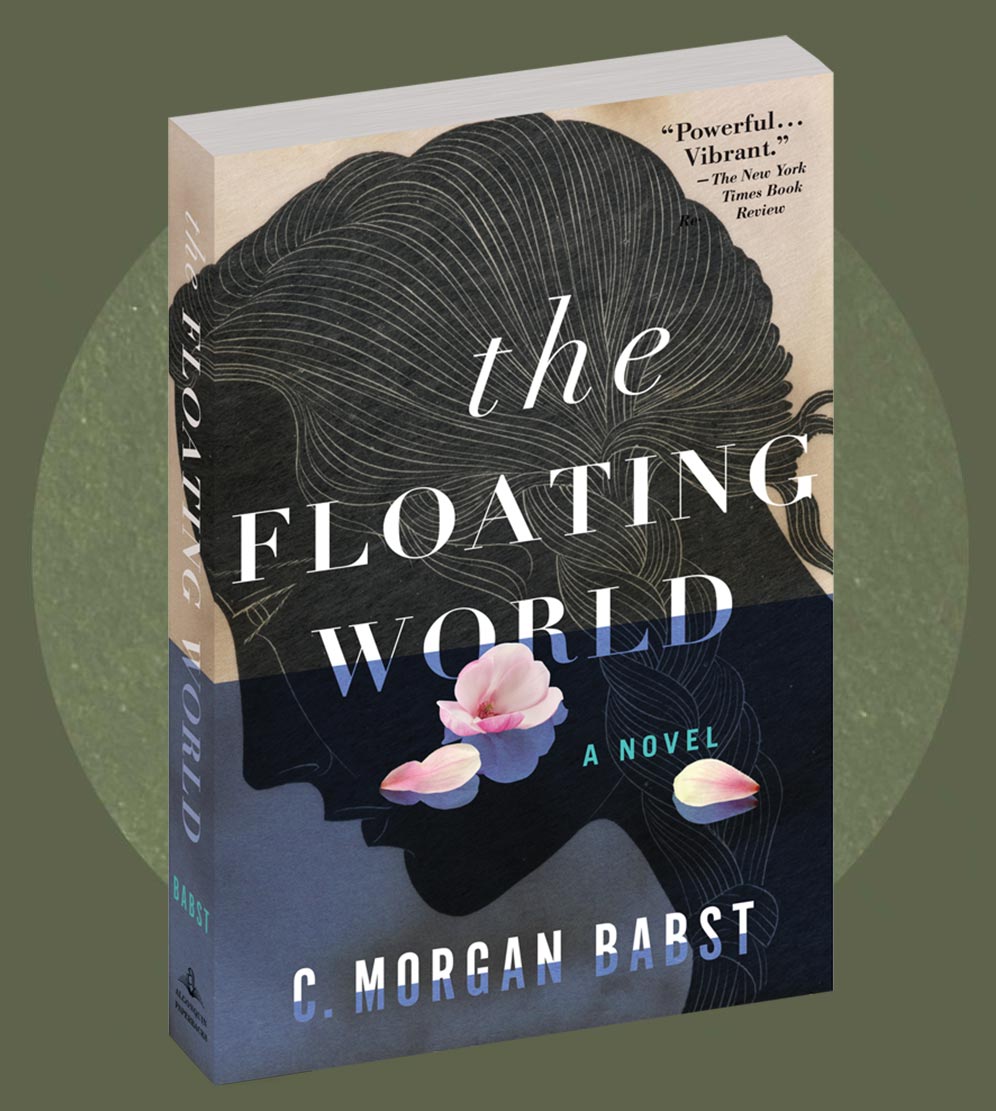 The Floating World tells the story of the Boisdorés, a Creole family whose roots stretch back nearly to the foundation of New Orleans, as they attempt to reassemble their lives following Hurricane Katrina. Though the storm is fast approaching the Louisiana coast, Cora Boisdoré, the family’s fragile elder daughter, refuses to leave the city. Her parents, Joe Boisdoré, an artist descended from freed slaves who became the city’s preeminent furniture makers, and his white “Uptown” wife, Dr. Tess Eshleman, evacuate without her, setting off a chain of events that leaves their marriage in shambles and Cora catatonic–the victim or perpetrator of some violence mysterious even to herself.

This mystery is at the center of Morgan Babst’s haunting, lyrical debut. Cora’s sister, Del, returns to New Orleans from the life she has tried to build in New York City to find her hometown in ruins, devastated by the storm and its aftermath, and her family deeply alienated from one another. As Del attempts to reach Cora and understand where her sister wanders at night, and what she saw during the hurricane, she must also reckon with the history of the city and the trauma of destruction that was not, in fact, some random act of God but an avoidable tragedy perpetrated on New Orleans’s most helpless and forgotten citizens. The Floating World is the Katrina story that needed to be told–one with a piercing, unforgettable loveliness and a nuanced understanding of this particular place and its tangled past, written by a New Orleans native who herself says that after Katrina, “if you were blind, suddenly you saw.”

Told from the points of view of each family member, this gorgeous debut is bathed in the sights, sounds, and smells of New Orleans, and is a profound Faulknerian family saga about what we choose to salvage in a world that destroys everything we hold most dear, and what we can possibly build out of what remains.

Named one of the Best Books of 2017 by Kirkus, Amazon, Bustle, Southern Living, and The Dallas Morning News

“a spot-on examination of race and the tumult natural disasters leave in their wake.”
—Samantha Irby for Marie Claire

“The Floating World will swallow you whole.”
—Al Woodworth, for Amazon’s Best Books of October 2017

“Babst’s debut could not be more timely.”
—Amy Weiss-Meyer, for The Atlantic

“a modern-day wasteland, brilliantly imagined through Creole culture and imagery.”
—Sarah Gilmartin, for The Irish Times

“A beautiful novel that speaks profoundly to the current moment.”
—Amy Brady, for The Chicago Review of Books

Do You Make Enough Money to Survive
a Natural Disaster?
On the Social Inequality of Climate Change
AMY BRADY
The Chicago Review of Books
December 19, 2017

Editorial Outtakes: The Floating World
or, how to cut a whole book out of your book
American Short Fiction
October 9, 2018

A MAP OF THE FLOATING WORLD

MUSIC OF THE FLOATING WORLD

I wrote The Floating World during a decade-long fit of intense homesickness following Hurricane Katrina. (After evacuating New Orleans with my family, I found my way to a sofa in Manhattan. Three months later, I met my future husband and found that I was stuck.) In some ways, writing the novel was a way of teleporting myself home—with the Boisdorés, I got to return to the city, haul away its fallen trees, bury its bodies, dance ’til dawn on the tile floors of Frenchman Street. While I wrote, I listened to New Orleans—the funk, blues, jazz, hip-hop, and Indian chants that are the many cadences of the city, suffusing the novel with the sound of mournful horns and tambourines.

David Gutowski, a.k.a. Largehearted Boy, asked me to share my playlist with you. You can find more information, complete with liner-notes, on his blog, Largehearted Boy.